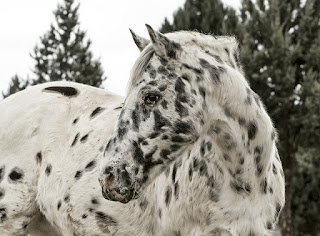 I'm studying the form for this year's runners and riders, searching for the best betting odds because I'm looking for a speculative bet.

The Grand National is one race that stops people in their tracks. A household institution. ''Get ready for the Grand National 2019'', are the words I hear come that exciting Saturday. My uncle Alan comes round and asks me to place a few bets for him. ''Not a problem.''

In preparation for my speculative bet, I search on Google for the following keywords: List of Grand National winners. Click on the link to Wikipedia and ''BOOM'' the info is at hand. Why should I research past winners? Because I want to see the winning price for the contest over the last few years. There's no lack of data as the records go back to that elusive first win of Lottery who won the inaugural race at odds of 5/1f. It's quite astounding to think that the first race was dated 1839.

From that historic day, the Grand National story has been written like a rich tapestry with covers a million honest, hard, gritty and emotional words.

Searching the list of Grand National winners, I realise that five horses have won at odds of 100/1.

''Perhaps my speculative bet is alive and kicking''

Is there a fighting chance we can beat the favourite?

The last favourite to win was back in 2010 when Don't Push It prevailed. The long-awaited win for Tony McCoy and legendary trainer Jonjo O'Neill. A popular victory, particularly memorable for connections of the 10/1f.

So 17 jollies were beaten.

The shortest price winners over that time being 10/1. Nine winners were priced over 20/1. So that's almost an even money chance of a 20/1+ winner over this period. In fact, the last ten years have seen a number of incredibly priced successors.

So if you fancy a big price selection don't be put off by those jolly favourite-backers. If they spout on about this, that and the other them ask them how many favourites have won in the last twenty years?

I bet odds-on they have no idea.

When the Grand National starts, I'll be cheering for a speculative to show the way.