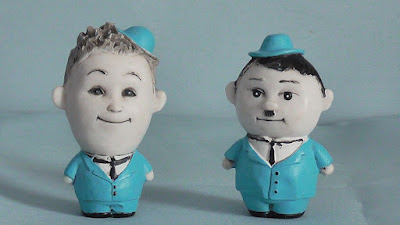 What image comes to mind when you think of a gambler?

The chances are it will be negative. The stereotype of a gambler doesn't inspire positives.

Who do you know that gambles? Perhaps they have lived up to the seemingly natural expectation of being a loser. However, it is worth stopping for a moment to consider how we view a gamble.

Whether you have ever placed a bet or not, you have gambled throughout your life. Each and every decision whether large or small has to some extent been a gamble. Can we ever be sure of the outcome of the most simple act? Crossing the road doesn't seem like a gamble but for the poor soul struck by a vehicle, it may have been a decision which cost their life. For that reason, I think people who say they don't gamble are naive. I would rather consider life as a gamble than not. Why? Because I am more prepared for the outcome. That doesn't mean to say I will be correct but at least I will be less ignorant. Even if it is one gamble from a million that decision may be worthy of note.

In truth, I would not advise anyone to gamble on sports for fun. To add a little bit of interest. There is no fun in losing money. You hear people say: ''Are you betting with your head with your heart?'' As a proud football supporter, could you bet on the opposing side?

You have probably answered the question.

Betting so often relates to fixed odds. The spin of a roulette wheel. Long term you cannot possibly win. But betting on a skill-based sport isn't about luck.

In his prime, Linford Christie would have been priced 1/100 against 99 per cent of the male UK population racing over 100m.

Playing chess is a skill.

Would you like to take on a county player when you are a beginner? You would have no chance of winning.

Betting on a sport is the same. If someone knows their sport to a high standard you are a fool to think you can beat them. Nine out of ten times they would make you look inferior. That's why you need to learn your niche and hone your skills. The fun aspect of gambling is not the gamble itself. That should be mechanical, exacting and precise. Knowing your sport and appreciating your skill is the fun part. It has probably taken years to understand. It has value. It could be of huge value.

I often find people stupidly ignorant when it comes to gambling. In the sense that they clearly know nothing at all but feel they can appreciate that it simply isn't possible to beat the bookies.

It is like me questioning my doctor about illness because I Googled it five minutes before I entered the room. The doctor would be irritated or bemused. Rightfully so. They know what they are talking about because they have honed their skills. Strangely, they didn't just wake up one morning and think I'm a doctor.

But that is what people are saying so often to those who gamble and win.

I'm not being funny but my skill within two-year-old horse race betting is akin to me being Linford Christie and you are the fat kid who lives down the street. That is a general average. Some kids will be fatter. Some will be thinner. Some will be smart. Some will be fitter, faster and smarter. On average, they will never know as much as me because I have trained to be the exception to the rule.

It's something you could be good at too. But you can't be bothered or it sounds too much like hard work.

You will not wake up one day and know more.

That almost comical perspective of gambling success or failure is in actual fact a true reflection of life.

When people say they don't gamble I see a naive person. Sometimes I see a complete fool.

Perhaps betting with money is different from betting with life chances. I wouldn't see a difference. I would be more careful when betting life chances because one wrong move can equate to a lifetime of money in a split second. Make the wrong choice and you could be paying for it until the last day of your life.

Perhaps that gamble means this is the last minute of your life. The decision to take drugs, cross the road, or anything else you can imagine. I would rather appreciate a gamble living in the here and now. The circumstance of any gamble can be turned in your favour by skill. Before you bet, learn what you need to know to be a winner. Or at the very least, to have the odds in your favour.
Photo: Pixabay free for commercial use and no attribution but given
at 07:41
Email ThisBlogThis!Share to TwitterShare to FacebookShare to Pinterest
Newer Post Older Post Home