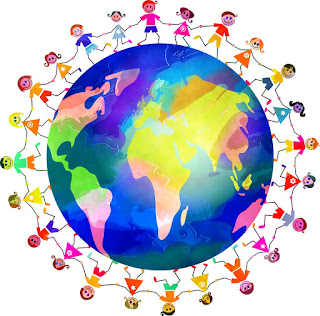 Every year the world’s finest racehorses gather at a select few meetings to battle it out for the ultimate prizes in the sport of kings. Punters around the world rejoice at the prospect of such a large number of elite contests clustered together into one enthralling extravaganza of top-class racing. The prizes are high, the races are ferociously competitive and it offers a great opportunity for speculative bettors to find great value on intriguing outsiders. Here are the top five global meetings to look out for each year:

Nothing can compete with the pomp, majesty and grandeur on display at Royal Ascot, which sees Queen Elizabeth II arrive in a horse-drawn cart to cheer on her runners. More than 300,000 racegoers put on their finest garbs and head to Berkshire to watch the action unfold. Over the course of five days, they guzzle 56,000 bottles of Champagne, wolf down 240,000 teacakes and send 3,500 lobsters to meet their maker. But beneath all the glitz, glamour and ceremony lies a phenomenal collection of Group 1 races that are steeped in heritage. The Gold Cup, Queen Anne Stakes, King’s Stand Stakes, St James’s Palace Stakes, Prince of Wales’s Stakes, Commonwealth Cup, Coronation Stakes, Diamond Jubilee Stakes are all massive races that draw the world’s finest runners, jockeys and trainers to Britain to compete for glory. Royal Ascot features 19 Group races and it always provides a thrilling spectacle.

This is the single richest day of thoroughbred racing in the world, with a total prize purse of $35 million on offer in 2019. That level of investment ensures that many of the world’s finest sprinters and stayers head to the Meydan Racecourse to fight for fame and fortune. The centrepiece is the Dubai World Cup, the world’s richest race with a prize pool of $12 million. Godolphin star Thunder Snow secured a second consecutive victory in 2019, following in the footsteps of such titans as Arrogate and California Chrome. The day also includes the Dubai Turf and the Dubai Sheema Classic, which are both among the top 10 richest races in the world, with prize money of $6 million apiece. You can also take in the Group 1 Al Quoz Sprint and the Group 1 Dubai Golden Shaheen, while the Godolphin Miles, the Dubai Gold Cup and the UAE Derby carry Group 2 status.

Every year the world’s leading lights descend upon Victoria to contest such stellar races as the Melbourne Gold Cup, the Cox Plate and the Caulfield Cup. The Spring Racing Carnival includes a number of big meetings spread over several weeks, but they are all inextricably woven together to form the greatest schedule of racing in the world. There are important races such as the Makybe Diva and AJ Moir Stakes to look out for, but it really begins in earnest with the renewal of the Group 1 Caulfield Guineas in October, and the big races just keep on coming – the Caulfield Cup, Manikato Stakes, Cox Plate, Victoria Derby, Cantala Stakes, Coolmore Stud Stakes, Melbourne Cup, Emirates Stakes and VRC Spring Classic. The Melbourne Cup is the greatest of them all. It is dubbed the race that stops a nation, but it actually attracts hundreds of millions of viewers from around the world, and foreign raiders have dominated in recent years. If you browse the Spring Racing Carnival markets, you will note that the leading lights from Britain, Ireland, Japan and elsewhere are planning to head Down Under this year.

Every year the Breeders’ Cup World Championships captivates the world with 14 huge races spread across two days of exhilarating action. The prize money ranges from $1 million to $6 million for the Breeders’ Cup Classic, with a total of $28 million handed out over the 14 races. Success here represents the pinnacle of many trainers’ careers, such is the prestige associated to these races. All but one of them carried Grade 1 status in 2018, which culminated in a superb victory for Accelerate in the Breeders’ Cup Classic. Recent winners include Arrogate, American Pharoah and Gun Runner, and the 2019 event promises to be another thrilling occasion when it heads back to Santa Anita Park. Cheltenham This is the world’s premier jumps meeting and it always delivers an unrivalled blend of drama, upsets and excitement. It is where reputations are made and broken, fortunes are won and lost and legends are born. The Grade 1 Cheltenham Gold Cup is the main event, but the Champion Hurdle, the Queen Mother Champion Chase and the Stayers’ Hurdle are all huge events too. It is one of the biggest betting events in the world, as it groups together an unrivalled 14 Grade 1 races over four days of action and it captures the imagination of serious punters and armchair fans alike. Luminaries such as Willie Mullins, Nicky Henderson and Gordon Elliott loom large over proceedings and the Prestbury Cup battle between the British and the Irish adds another intriguing dimension to proceedings.
Photo: Pixabay free for commercial use and no attribution but given
at 01:31
Email ThisBlogThis!Share to TwitterShare to FacebookShare to Pinterest
Newer Post Older Post Home